A GRINGO Film, in co-production with Film Boutique and Ripple World Pictures (Ireland) 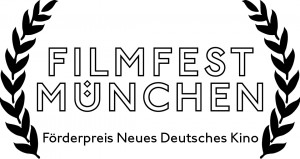 HC’s wife has left him. He’s distraught, mid-forties, and has been left with nothing… apart from a little extra weight and his two boyhood friends Wolfgang and Nic.

Wolfgang, sensitive psychologist that he is (‘I’d have just decked the old slag’) has a solution: HC has got to stand up for himself. He’s got to learn to say NO! He’s got to…. come on a minibreak to Ireland. In Wolfgang’s cottage – complete with house rules and green-energy-generator.

For in Ireland, life is still raw and free: cows, Guinness, rain, whiskey, girls and yet more Guinness. It’s a place to go fishing, get drunk, and chop wood naked. A place to relive the glories of a shared youth. A place where a man, at last, can be the man he was always meant to be.

But the facade is crumbling. And behind it lies the question: Friendship? What’s that?

HAPPY HOUR is a lucky strike of a buddy movie: heartwarming, painful, and seriously funny. In it, Writer-Director Franz Müller (‘Die Liebe der Kinder’) once ago displays his instinct for the all-too-human, showing us men (real and those that would like to be considered so) at their very worst. Most of all, though, the sheer joy and gusto of the three leads is something very much like a small cinematic wonder.